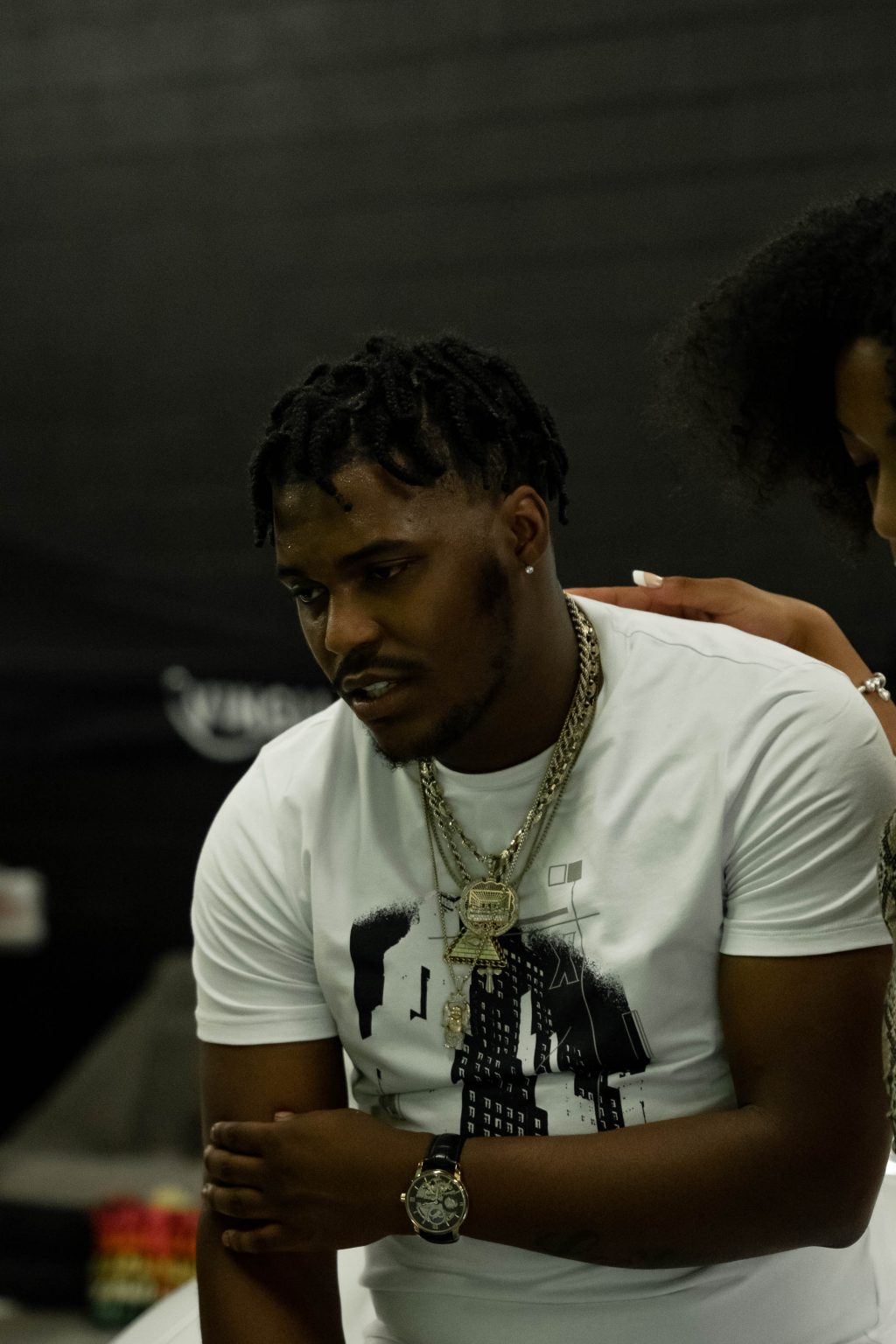 Malik Wilson aka Cali was born on April, 04, 1997 in Philadelphia PA. He was raised by his Father and grandparents in the project of Abbottsford Homes. Malik’s father and uncle had been influencing Malik into rapping when he was just young boy. They were inspired by rappers and were considering and recognizing Malik’s talent. Therefore they got him to join a recording booth when he was just 7. When he became a little bigger, the inspiration came from his good rapper older cousin. The Competition between him and his cousin motivated him to work much better from where he was first. Before His Cousin was fatally shot and killed, Malik shot his first visual with his cousin in the heart of well-Known Kensington at the age of 15. This Event made Cali to work hard, made it through rap game and honors his late cousin.
Inner City Youth describes Cali’s Background much better than telling his story. He grew up in the Heart of north philly where life is rough and succeeding is the hardest. He got his multitude behavior listening to the oldest songs like young Lil Wayne and newest artists such as Dave east since he was just a 7-year-old boy.  If Cali hasn’t started music from his early age he would have been a big time hustler to take care of his family. But His Rapper Cousin death made him continue his journey in rapping. He even stopped school after high school even though he got the chance to attend college to put all his effort and focus on music. Cali is very serious in this music skillset and would never give up on one of them.  His Aim and what he wants to achieve in this journey is bring back lyricism in the game.
Cali does not have a fashion icon. He just likes a nice drip. Cali has faced the most trouble event in his life when he was falsely accused and arrested multiple times in a year for drug dealing and weapons. He now has a clean record, he was found free and charges were dismissed. Cali believes his career is on the up. With the team Cali surrounds himself with the help of his family and the confidence in his skillset he believes skis limit. When it comes to performing Cali’s style we are a little flashy and drippy mixed with the energy of a boost rhymes on stage. Cali believes his creative process comes from his environment. As those environments change, Cali adapts and reflects that in his writing. Cali is ready to perform anywhere out in the country, that’s the dream. Cali’s favorite project to date is shooters…it’s an audio and visual that has not dropped yet. It’s a very big project. Cali sees himself evolving as he gets bigger and just learning more of the business and expanding his vocab as he sees and experiences more of the world.
Cali hasn’t dropped any of his work before 2015 because he was working to make it perfect. But in 2015, He dropped some his work to test the reaction but he understood that he and his work were not ready. In 2021, He come back when he felt ready and released his first major project. He released 1942mSick Busy and recently coldest ft. stackorstarve philly flamer LIL MUK both with audio and clip. Cali’s fan base consists of multitudes of different backgrounds, ethnicities and demographics. His style can be explained in a multitude of styles. Let’s say Cali is a hybrid of almost all genres of hip-hop because he can do it all. His newest release Coldest touches on being the underdog and rising from the ashes like the legendary Phoenix.