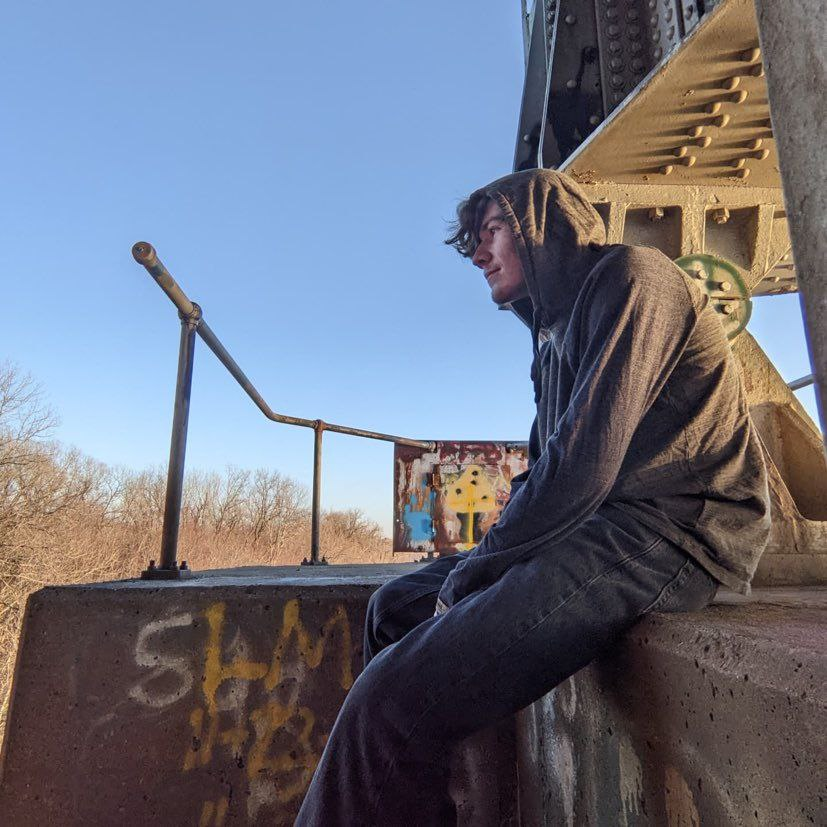 Sam Avry, a Young Talented Artist who is just a senior in high school has shown and proved that age doesn’t matter to do what you believe in. Sam Avry was born in Quincy, IL. He moved from Quincy, IL, and stayed in Columbus, OH  until he was 8 years old boy. He was very focused on school and is a Straight-A student and took honors classes until last year. Besides his studies, he also was into music and art. School Work was stressful and too much work, and Art needed patience and practice. Therefore Sam Avry decided what made him happy to dedicate his time and focus on the music route. He is a senior in high school and about to graduate. His plan for higher education is to join Gen Ed’s degree at a community college located in the area before going off to the U of I in Urbana-Champaign. He wants to join this college to be able to play in their marching band.

He started his musical journey when he was 13 years old and started with rap after hearing “rockstar” by Post Malone. He was always curious about how music is produced and amazed when watching genius deconstructed videos. His interest in music-making made him decide to recreate “rockstar” as Tank God using FL Studio which was a success and made it in the deconstructed video. That motivat

ed him to recreate many of his favorite songs and produce his original beats. After working on producing beats for a few months, his father suggested that he should put in vocals and lyrics. So many things happened in one year when he was 13 years old, He dubbed himself “Money C” and tried to be so thug. He continued his music journey and had the stage name Sam AVRY for 2 years now.

Nine Full-length projects were released by Sam AVRY since he began releasing his work. Starting from his recent release “ROCKSTAR LIFESTYLE – EP” (2022; 6 tracks), “Moving On” (2022; 13

Sam AVRY has more than 8,000 monthly listeners on Spotify. He doesn’t have a huge fanbase now but he is working on building it up.

My most recent release is The lead single off of an EP  “Drugged Up” featuring Shrpnss will be released soon before the full EP is released. He is releasing this single first to see the feedback of the audience. The Song expresses his feeling when he is

on drugs which are feeling so numb to emotions. He followed his primary type of music and got into a lot of his emo-rap side. Sam Avry is very excited about the release of his song. Sam AVRY is an influential artist just from an early age and we will see him being a successful singer in a few years.

My dad has always loved rap and heavy metal. That’s all he would play when I was around. I didn’t vibe with hip-hop when I was younger but one day at Junior High (I was in 6th grade at the time) someone played “rockstar” by Post Malone and I was HOOKED. I started listening to him, 21 Savage, Migos, Rae Sremmurd, etc.

I’ve been into music for pretty much my whole life. I started playing trumpet back in elementary school and took vocal lessons to learn how to sing properly too. My dad was pretty musically gifted so I always aspired to be like him and make music with him someday.

Honestly, I would probably put a lot more focus on my schooling, haha. But I also used music to cope with a lot of depression and mental issues I used to deal with, so I probably wouldn’t be in as good of a mental state without it.

I don’t know if I would say it’s the “way forward” for me. I enjoy it as a hobby and being famous and living lavishly would be amazing someday. But honestly, I just really enjoy music as a whole. It’s a huge part of my life and has gotten me through so much hardship.

The ability to sing probably. I don’t even know what it would be like to listen to my favorite songs and not be able to sing them.

I just want to do what a lot of musicians do, help people who need it through music. I want to share my love of music with everyone else who loves music. I’ve made some controversial songs too, specifically the “PARANOIA” songs. I want to raise awareness for large-scale issues as well to try to do my part in the world too.

Honestly, Machine Gun Kelly has such a dope style. I love how he’s bringing back the emo look and does such a fine job doing it.

I have no idea where I’m headed, to be honest – but I will say, my vision is to make millions someday! I would love to just be able to make music and live off of it.

I don’t have a specific style, I feel like I’m pretty versatile as an artist. I mainly make emo-rap but I also make pop-punk, alternative, pop, ballads, meme rap, and more.

I’m constantly inspired by everything around me, always thinking about how to improve as an artist. Different ways to sing and rap, different musical styles to try out, and different ways to promote me on numerous platforms. When I write, I just play the beat over and over again and just let the emotions flow onto the paper, it helps me a lot to get the negative emotions out and into music.

My parents caught me driving after I smoked weed like 3 different times, so they told me I’m only allowed to drive my car to work and school until they can trust me again.

I have not performed live yet, unfortunately. My town is tiny and since I’m 16 at the moment a lot of bars won’t let me perform due to being underage. I want to perform at my high school before I graduate though! If I was performing though, audience interaction would be a key for me.

100% Europe. A tour in Europe would be so dope just because the architecture there is immaculate and the people are so cool there. Performing at Rolling Loud would be pretty sweet too!

Honestly, my favorite project at the moment is probably my album “Moving On”. It had a lot of different music styles in it and I feel like the lyrics in it were just all-around pretty awesome. The album cover had an amazing aesthetic on it as well.

I wanna evolve in music in general. I’d like to be able to be even more versatile than I already am. In the end, just want to make music, no matter what genre it is, no matter how much attention I get, and no matter who’s listening.